Itchy Daze is a four-piece rockband based in the little town Hofors, Sweden. They were recently (february 2008) signed to Ninetone Records and are now recording their debut-album. The release date is not yet decided, but hopefully the album will be ready to hit the stores in september-october 2008. 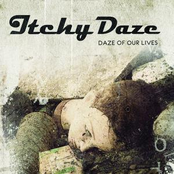 Daze Of Our Lives